The New Challenge for 2015 - London to Paris Arch to Arc!

It's been a while since the last blog. This is mostly due to some frustrating ill-health. It turns out it is possible to do too much exercise! Not long after my last marathon swim of 2013, another length of Windermere, I went into atrial fibrillation (AF). For the non-medical people AF is a common but rather inconvenient heart rhythm disorder. The heart beat can become very fast, irregular and somewhat inefficient. Not very conducive to serious sporting activity, especially endurance sport. In my case it was a result of too many years of hard training and competing. 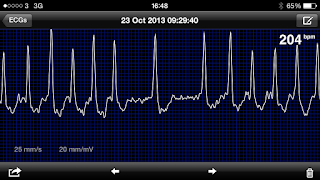 Fortunately it came under control after a few months of rest and medication and I was given the advice to ease back into the swimming and try not to over do it! So 2014 was a steady year for me, I also struggled with a nagging rotator cuff tear and then a 'swimmer's elbow' that persisted despite the low-key training schedule. I managed a few 'shorter' competitive races including the inaugural Evesham mile, the Devil's 2km Lido race and the Brownsea Island Swim which I won for the 3rd year. All the while I had this niggling concern in the back of mind that two years earlier I had signed up to an extreme challenge to rival anything I have done to date and that challenge was due to be done in 2015. In a moment of madness Vickie and I had entered the Arch to Arc - a mega triathlon from London to Paris. Vickie would run an 87mile ultra-marathon from London (Marble Arch) to Dover. I would swim across the English Channel again (despite my previous declarations) and then we would relay ride the 181 miles from Calais to the Arc de Triumphe in Paris. It seemed like a good idea back in 2012, not so great when I was in the critical cardiac unit in Cheltenham General! But all stories need a happy ending so follow our progress at our arch to arc blog, to see if we make it.
Posted by Ollie and Vickie Wilkinson at 09:35 No comments: